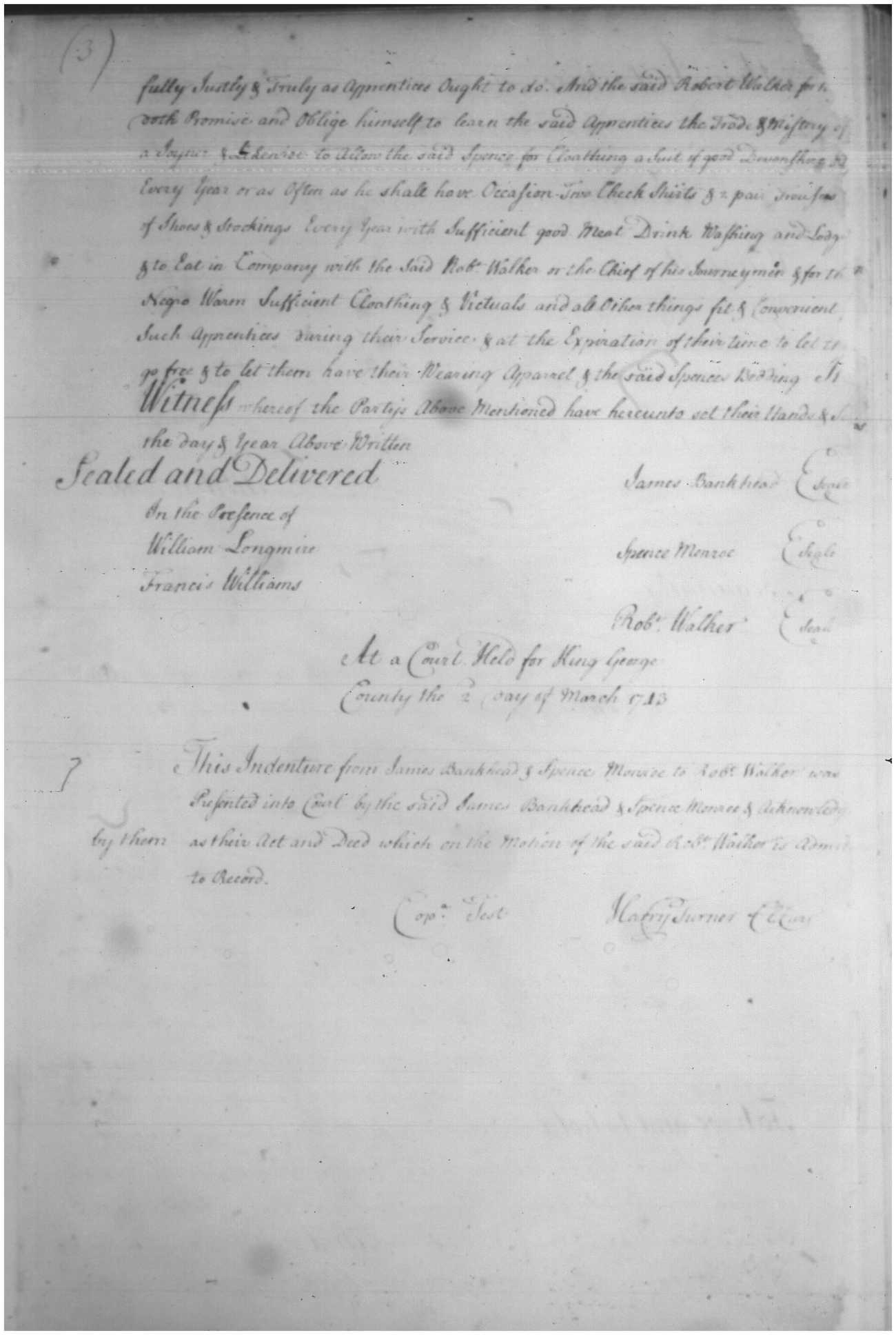 This is the 2nd page – though marked page 3 above – of an Indenture between Spence Monroe and Robert Walker. Spence was the father of President James Monroe and Robert Walker was the well known furniture and cabinet maker who worked in tandem with his older brother, William Walker – Undertaker. William designed and built many of the fine homes of the day for the likes of the Fitzhughs, Carters, and others while his brother, Robert, would outfit them with wainscoting, moldings, furniture, and various cabinetry. One such example of Robert’s wainscoting work is in the Metropolitan Museum of Art – New York.

There are several interesting items to point out in this indenture. First of all Spence is about 16 years old at the time and his Guardian, James Bankhead, is also party to the document and gives consent. However, Spence is not just indenting himself but also his negro servant, Muddy. The respect accorded Spence and Muddy can be found in the wording where Spence is to eat with his Master (Robert) or the Chief of his Journeymen and Muddy is not to be put to the fields except in an emergency. While Spence apprentices himself for 5 years he apprentices Muddy for 6. Also of note is that at the expiration of his term Spence is to have the bed which he is initially allotted besides the articles of clothing stipulated in the contract. In several biographies of President Monroe it is stated that his father, Spence, was at times a cabinet maker. And now we know to whom and where this all began … and yet, one more point of interest: James Jones  – maternal grandfather of James Monroe – was also an Undertaker, other times styled Bricklayer. Yes, capitalized.

As were many such court documents from King George County in the 1740’s this one was written by William Longmire who also witnessed it as well. And it is by no means the only one he wrote for members of the Monroe family as I will show later.