King George County Order Book courtesy Library of Virginia Shortly after William began his stint as court recorder it came time to Lay the Levy. Simply put this was the process whereby the county taxes were computed and recorded and then entered into record. Sometimes these figures were […]

Courtesy of Edward Dixon Papers – Library of Congress Here is one of the more curious ledger entries William wrote. On the right side is a list of all the people who purchased tea from a cargo which had arrived in Nov 1745. It basically is a who’s […]

William sits on a Jury

King George County Order Book 3 – Courtesy Library of Virginia It is Saturday January 5, 1744/5 O.S. and William Longmire is settling into his position as Court Recorder quite nicely. When court was not finished the previous day due to a large docket it was adjourned until […]

One of the more intriguing people in my research of William Longmire’s life and posterity is John Garrett. John lived in Caroline County just across the Rappahannock River from William. He was a Tobacco Inspector at Conway’s Warehouse at various times previous to William’s death in 1748/9 and […] 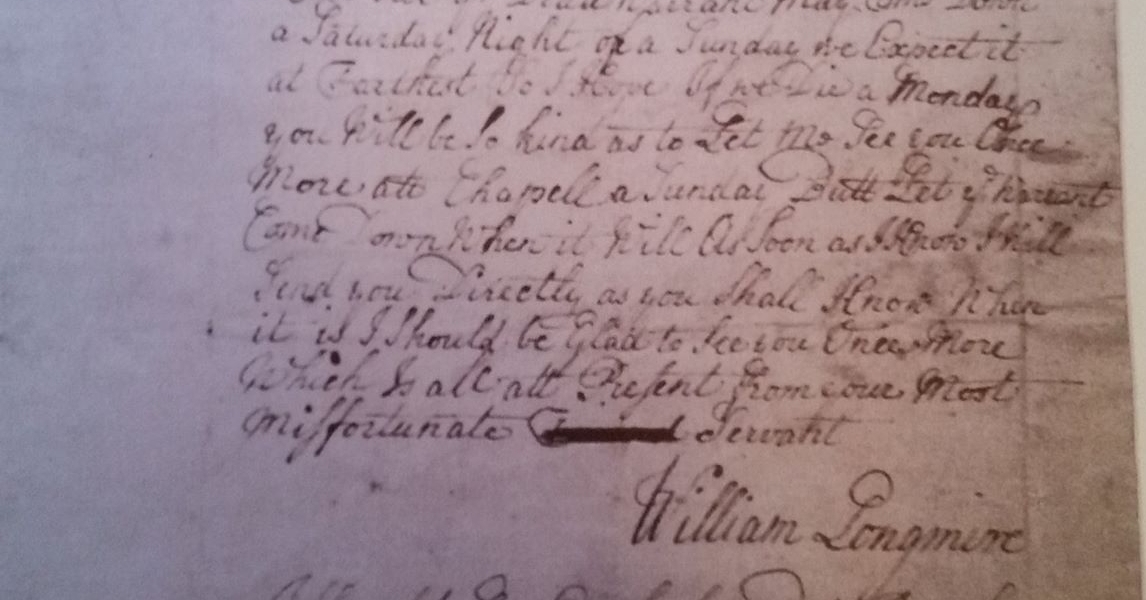 The Nail in the Coffin